Check out our newest features

Native Support for Apple Silicon ProcessorsUnderstand now ships a universal binary for macOS with native support for the Apple M1 Processor as well as continued support for Intel Processors.

New & Improved Python APIOur Python API is now a first-class citizen and can be used to create custom Interactive Reports, Graphs, and CodeChecks that run inside of Understand. With these new improvements, we have also added new and improved documentation that reflects these features.

Understand now provides you with over 90% coverage of statically verifiable AUTOSAR rules. Take a look at what’s covered.

We have also removed support for paring PL/M and COBOL due to a high maintenance cost and a lack of customer interest.

We updated the open-source libraries that Understand depends on to ensure we are always using the latest and greatest and that you can benefit from those features.

Did you catch these additions?

Our rapid release cycle means that we release features when they are ready, so you don’t have to wait for the official release to try it out. Here are some of the features we added after 6.1 was released.

CodeCheck inspections are now interactive and will show results as they are found instead of making you wait until they are all finished. Additionally, you will notice other parts of CodeCheck should feel more responsive as well.

We recently introduced Comparison Projects that make it easy to compare your project over time and see what has changed. Now we’ve added a Comparison Treemap to quickly visualize where these changes are happening so you know where to focus. 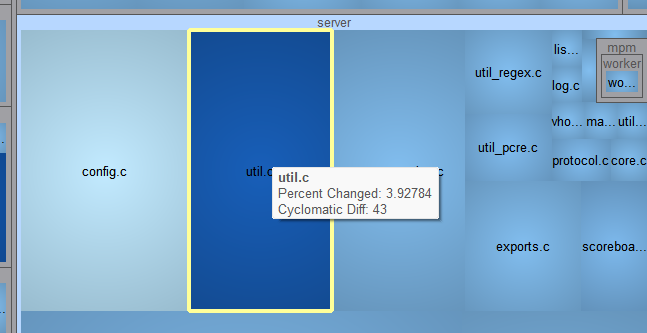 Continuing the dependency overhaul from 6.1, Dependency graphs have been updated to make them more consistent with the rest of our graphs, with a cluster variant now available for classes and files.