How Dependencies in Understand are Determined Print

Dependencies in code can be defined in different ways. What we have found is that an important thing when looking at a dependency, is to know the rules that determined it’s relationship. Here are the details of how Understand determines what a dependency is.

An entity is anything that Understand has information on from your source code, such as a file, class, function, or variable.

A reference is a location in the code that connects two entities, such as function 1 calling function 2, or class C declaring member function Foo. You can view an entity’s references in the Information Browser. For example, in the GitAhead sample project, the local object app in src/app/GitAhead.cpp has this information. 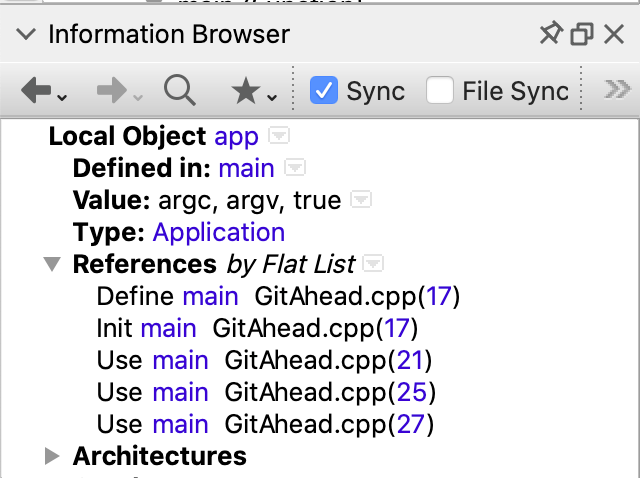 A dependency is a reference that connects two groups of entities. Entity groups are based on the “parent” property of an entity. You can use the interactive report “API Info” (in the right-click menu of any entity) to view detailed information about an entity, including the parent. For example, the local object app is a child of main. 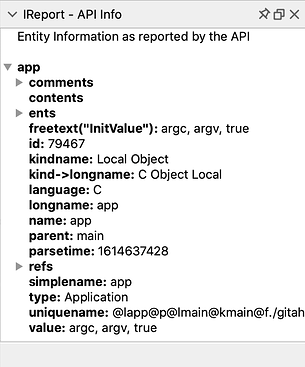 The parent of an entity is determined during analysis by the parser and is language specific. In general, the parent is based on the “Define in” reference kind. From the Information Browser, you can see that app is defined in main, so app and main have a parent-child relationship. The function main is a child of GitAhead.cpp. File entities have no parent entity. 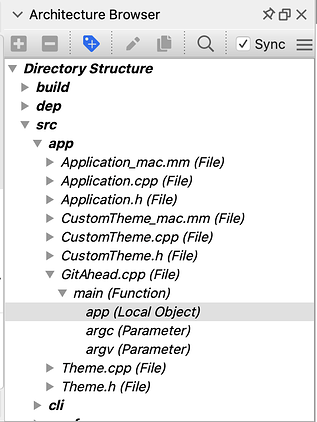 The basic steps of dependency calculation are:

There are a few things to be aware of with dependency calculation.